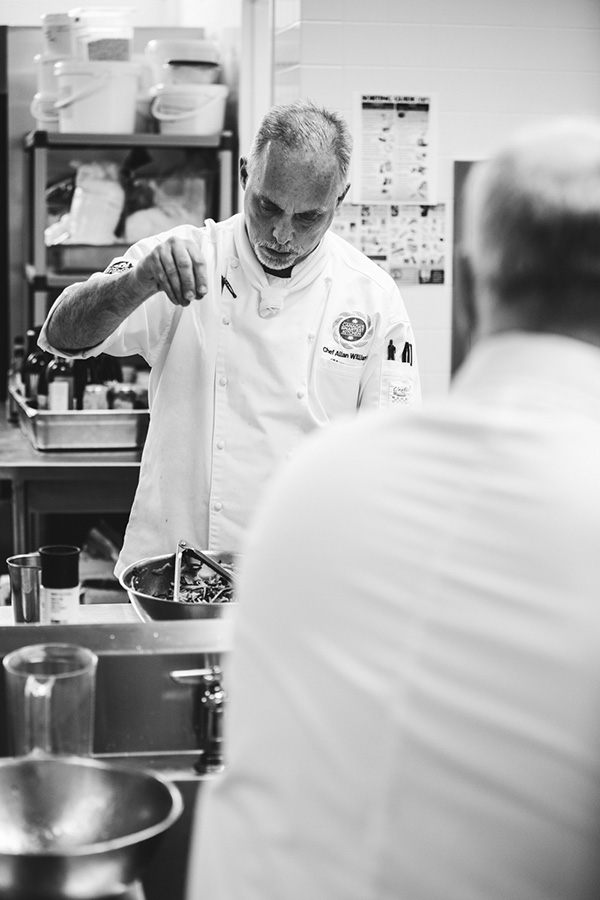 A Chef with over 30 years cooking experience, being born and raised in Nova Scotia and working for many years in Atlantic Canada has given Allan a great appreciation for the local food industry and all the wonderful raw materials that we have here to work with.  Working at The Culinary Institute of Canada and Canada’s Smartest Kitchen for the past 20 years has given Allan the opportunity to work with the food industry on the development of value-added products and promotion of those products around the globe.  Having the knowledge of food processing, adding value, product innovation, marketing and sales give Allan the opportunity to pass along relevant information to event participants.  Allan is not only a chef that prepares good quality food, but he can also discuss how products are made, as well as the sustainability of and many other benefits that our food industry has to offer.

The following is a highlight list of Chef Allan Williams’ event and culinary experience: