Jennifer Bryant, a food product developer at Canada’s Smartest Kitchen, has been named Chef of the Year by the provincial branch of the Canadian Culinary Federation. 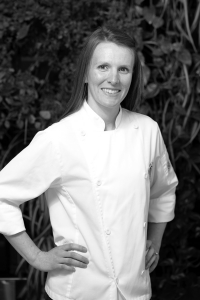 Bryant joined the staff at Canada’s Smartest Kitchen, the research arm of The Culinary Institute of Canada, in 2009 as a Food Product Developer and quickly developed her skills as a talented and sought-after Food Stylist. She works with clients to create new food products and has travelled to events and food shows in North America and Europe to promote those products. In leading food styling activity at CSK, she has styled food for magazines, restaurants, marketing materials, product campaigns, and the PEI Tourism Guide.